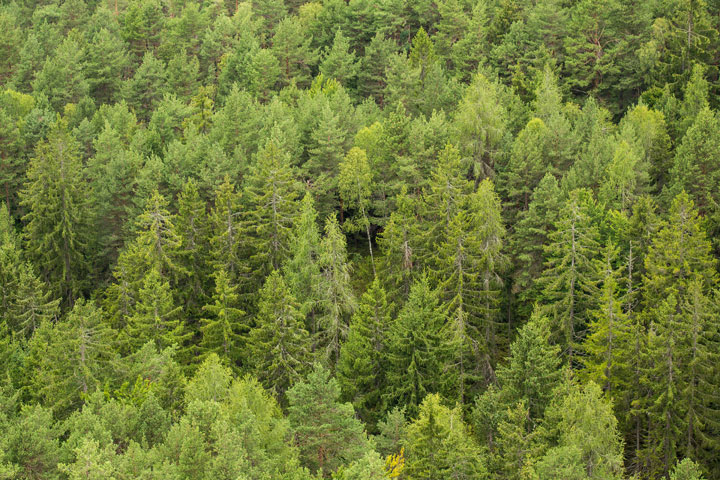 The release of WP Offload S3 this year saw our portfolio double in size and, like our flagship product WP Migrate DB Pro, WP Offload S3 comes with addon plugins that extend and provide extra functionality.

There are many WordPress plugins that have commercially available addons with various pricing models. But charging for this extra functionality is both complicated and challenging, whatever pricing model they use.

Addon or extension plugins exist for exactly the same reasons that normal WordPress plugins exist: the ability to bolt on modules of functionality on a need-to-use basis. This keeps the base product relatively free of bloat, gives developers a level of abstraction, helps simplify the core offering, and the user to pick and choose what to install.

Both models have their upsides and downsides for both the developer and the customer.

There are a number of high profile plugins that operate with the fee core plugin and premium addon model:

Having a free core plugin is a great way to gain exposure for your product. With the plugin on the WordPress repository you get both a user base for your plugin and an audience for your commercial offerings.

For plugins like EDD and Ninja Forms it is also an opportunity to build a community of developers around the product. Creating an extensible, free product is not only good practice but good business. Both of these products have successfully created a third party developer marketplace of addons that not only enriches the core plugin, sustains a thriving business, but also financially rewards and supports other developers.

This model, however, is not without issues or criticism. Many feel that having to pay for additional (often critical) features is “nickel and diming” users. It is also a hard model to pull off as a developer, with the need to put in countless hours developing for and supporting free users while simultaneously trying to convert them into paying customers.

Ninja Forms has quickly transformed from the new kid on the block form builder to one of the most popular and feature packed (due to their growing number of addons) plugins around. There has been much debate around the business model, with comparisons to Gravity Forms, but there is no denying that, for the WP Ninjas, the model works. There will of course be some customers who will want more than a few addons but the cumulative price puts them off. You can’t please everyone though, or can you?

In May of this year, the WP Ninjas launched a membership bundle billed as the “ultimate Ninja Forms toolkit” which consists of all the addons (46 at the time of writing) for $499.00, saving over 80%. This seems like the best of both worlds for customers, and addresses the concerns many have with the free + addons model. This was an experiment for James, Kevin and the team that they intended to trial for six months at a minimum. So how is it going? I caught up with James recently to get the details:

Iain: So the Membership bundle has been on sale for almost 7 months now, how has it gone?

James: Overall, I think the membership bundle has gone very well. Our bread and butter is and has always been à la carte add-ons. The membership hasn’t changed that. It has simply made the Ninja Forms plugin affordable for a specific segment of user. That being freelancers and agencies. For these users, buying à la carte is not economical at all. They need far too many features to buy them individually.

Another nice side effect of the Membership is a lower cost of support. A Membership customer submits far fewer support requests than an individual add-on user.

Iain: Have the sales met expectations?

James: Certainly. After the initial rush of purchases when we launched the Membership we leveled out to just under $6k in average monthly sales of the membership alone. Since it was only meant to open the doors for a new segment, we only expected about 10 sales a month. As we enter the new year we expect that number to climb significantly.

Iain: Have you noticed any effects on the sales patterns of the à la carte add-ons?

James: None at all. The à la carte sales have continued to climb, with the exception of a small leveling off during the summer months. I think this is primarily because the Membership is targeted at a completely different segment. The Ninja Forms Membership simply made us accessible to a whole new type of customer.

The à la carte model continues to thrive for a large customer base and I see it on Ninja Forms’ future for a long time to come.

Iain: You have a good collection of third-party developers behind the majority of the addons, how have they reacted to the bundle and what have you needed to implement to cater for the change in pricing and reimbursement?

James: The Ninja Forms is a grand experiment in the add-on business model. No other add-on business has an all-in offer that includes third-party add-ons. Because it is completely uncharted and untested, we are also needed to solve some complicated issues like that of compensation.

We are honored and humbled to have a group of developers who trust us and who are perhaps curious themselves how this might pan out that we have been given a great deal of leeway. All the developers have given us this entire year to see how the Membership impacts à la carte sales and our business as a whole. After the year is closed we will look at all the numbers and decide how to proceed.

What will likely happen is a formula will need to be created to determine every developer’s commission. It will likely be based on the overall popularity of the individual add-ons in order to determine a value metric for each one. This can be used as a guide to determining the value each add-on gives to the entire Membership. These are theoreticals at this point, but we do have some discussion happening about how this might be calculated.

Iain: What lessons have you learnt from the experiment?

James: This question might be best answered after the new year, once compensation metrics have been decided. Until then I would say that I have found great value in both the add-on and solely premium business model. More importantly, that there are a large number of users who love this model and the flexibility that it provides them. If we can make this work we will have stepped into the wonderful position of the best of both worlds. And that is a pretty fantastic position to be in.

Iain: Is the bundle here to stay?

James: I’m fairly confident that the Ninja Forms Membership is here to stay. We love being able to provide an amazing package of extra value to those customers who desire it. It’s extremely rewarding to know that we can help this segment do amazing things and they reach for their own goals.

This is the model we sell our commercial plugins under (a slightly different freemium model as we do have free plugins also). Our core plugins are commercial and we offer different licenses that allow access to various extra addons to be used. The are a number of successful plugins doing the same:

Even a fully featured commercial plugin sometimes needs some extended functionality that won’t apply to all users (see our Multisite Tools Addon. Sometimes this is to reduce bloat, but typically moving certain features to an addon is to drive purchases of higher priced plans. I’ve written before about the pricing models for WordPress plugins, and Pippin Williamson made a great point then, about premium functionality in the form of addon plugins:

Why We Don’t Sell Addons Separately

This is a question we get asked quite often by customers so I thought this would be the best place to address it. It’s quite common with WP Migrate DB Pro users who only need to migrate a few sites but are keen on using the Media Files addon. The addon is of course helpful for any migration but we only offer it for the Developer license or better.

There are a couple of reasons behind this, where cost is perhaps the most important. Addons like Media Files and Assets for WP Offload S3 are basically premium plugins in themselves. They deliver some hefty functionality and take a lot of time to develop and support. If they were available to purchase separately their price would be more prohibitive. Because they come bundled in the higher license tiers they are heavily discounted. For example, if we sold the Media Files addon separately, it might be priced at $99, so a total of $188 with the Personal license. The Developer license is priced at $199 and includes the Media Files addon and lots more.

We sell our plugins with a license that provides access to updates and support for a year that can be renewed annually. Separate addons would also mean separate licenses and this can get complicated pretty quickly. For example, if you sold 12 addons a user would have 12 license keys to renew each year. As mentioned earlier, the price of the individual addons would be higher and therefore the total renewal cost would be increased as well, compared to a one license bundle. Having 12 license keys to enter into a plugin to activate addons would be bordering on ridiculous. However, it would be problematic to use one key to cover all addon licenses for a customer, especially when it came to renewing – what if the customer only wanted to renew some addons?

Although that is our stance right now, we are constantly appraising our pricing approaches and will be flexible if the need arises. Brad has previously discussed a possible approach to pricing here, but if a change is made, it would need to be carefully thought out and more than likely subject to iteration.

Awkward as they are, I believe addons are an essential part of the commercial WordPress plugin ecosystem. I know here at Delicious Brains we are planning more addons for our plugins, as we have many more features to add and it makes sense to release them as addons.

Do you develop WordPress plugins with addons? How do you go about pricing them?