Back in May, our team met up for our fourth annual company retreat. This time around we had decided on somewhere hot (for May) and Jamaica ended up receiving the most votes in Slack.

Like last year, this was a retreat without a conference in the schedule so we could focus solely on hanging out and working. But unlike all previous retreats, this was the first time meeting where we hadn’t hired anyone new, so it really was just like hanging out with old friends again.

Brad settled on the location of Negril, a beach town on the western tip of Jamaica which he had visited before, and to be quite honest, really outdid himself on choosing our accommodation (more on that later). Last year’s retreat in Nova Scotia was extremely scenic and I kicked myself for not taking more videos of the trip. This time around I armed myself with a GoPro and a DJI Osmo Mobile for my iPhone and basically didn’t stop filming everyone and everything, much to the delight of my colleagues! 😂

Check out the video I made of our trip:

As this year’s retreat was only around 9 months after the last, Brad started planning pretty early on and made use of an event planner again. He threw together the usual Google Doc with all the information and a schedule for the week:

We followed the schedule for the most part, although we did a lot less laptop based work than planned as the accommodation had internet connection issues for the majority of the week. But we made the most of being able to have in-person meetings which always prove more fruitful than scheduled Zoom calls.

This time around we dialed back on planned activities and had more general leisure time scheduled. This usually involved hanging in the pool or chilling in the hammocks. We had hoped to go snorkeling more, as the ladder to the ocean was right by the pool. However, choppy conditions meant Brad, Peter and Jeff only got in once, and later on in the week the ladder got demolished by some rough waves.

With a whole day more than last year, no internet, and a fair bit of hanging around the pool, the trip felt a lot longer than Nova Scotia, so perhaps we are yet to find the perfect balance of activities and downtime.

Our accommodation for the week was Somewhere West, what can only be described as a private getaway right on the ocean: 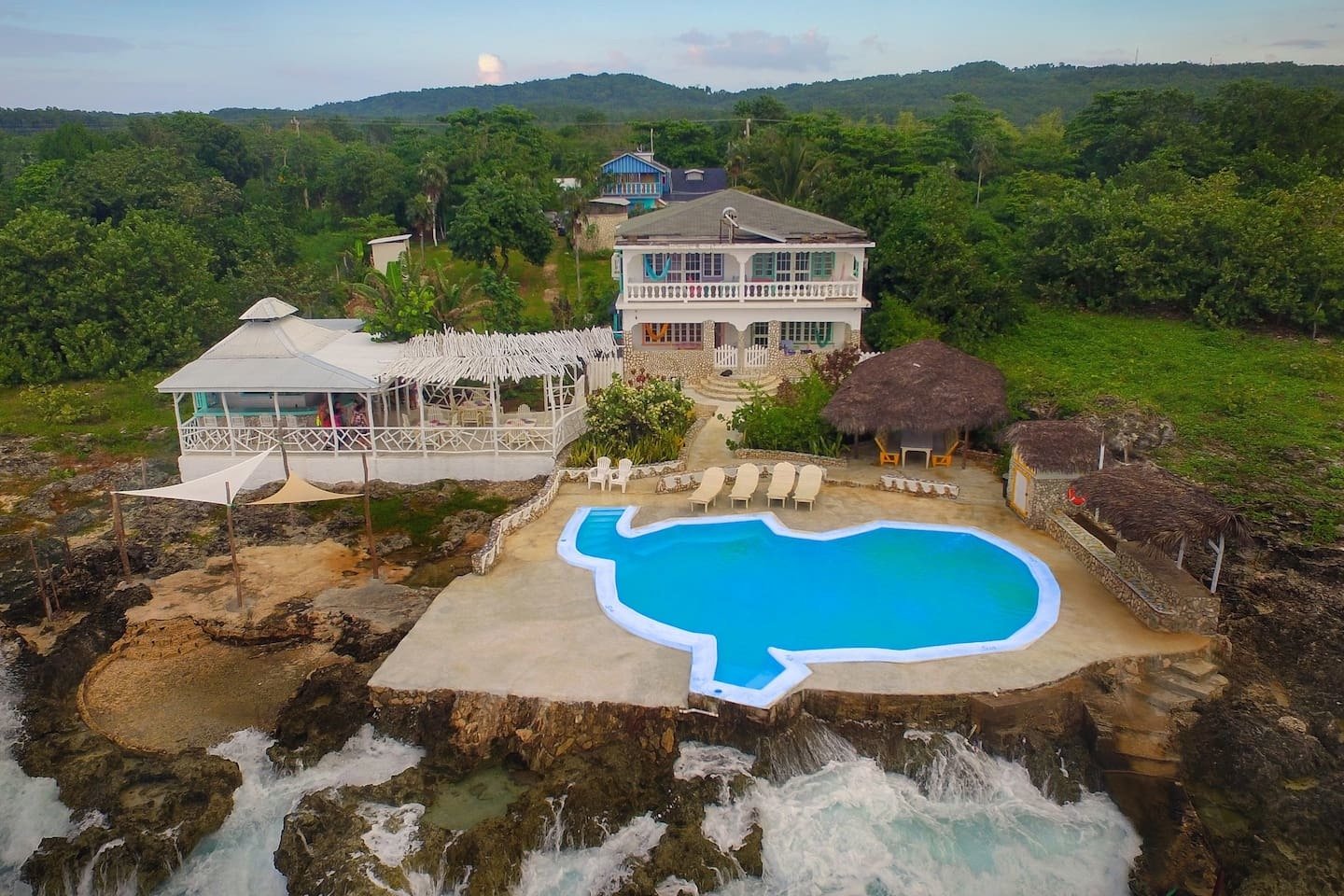 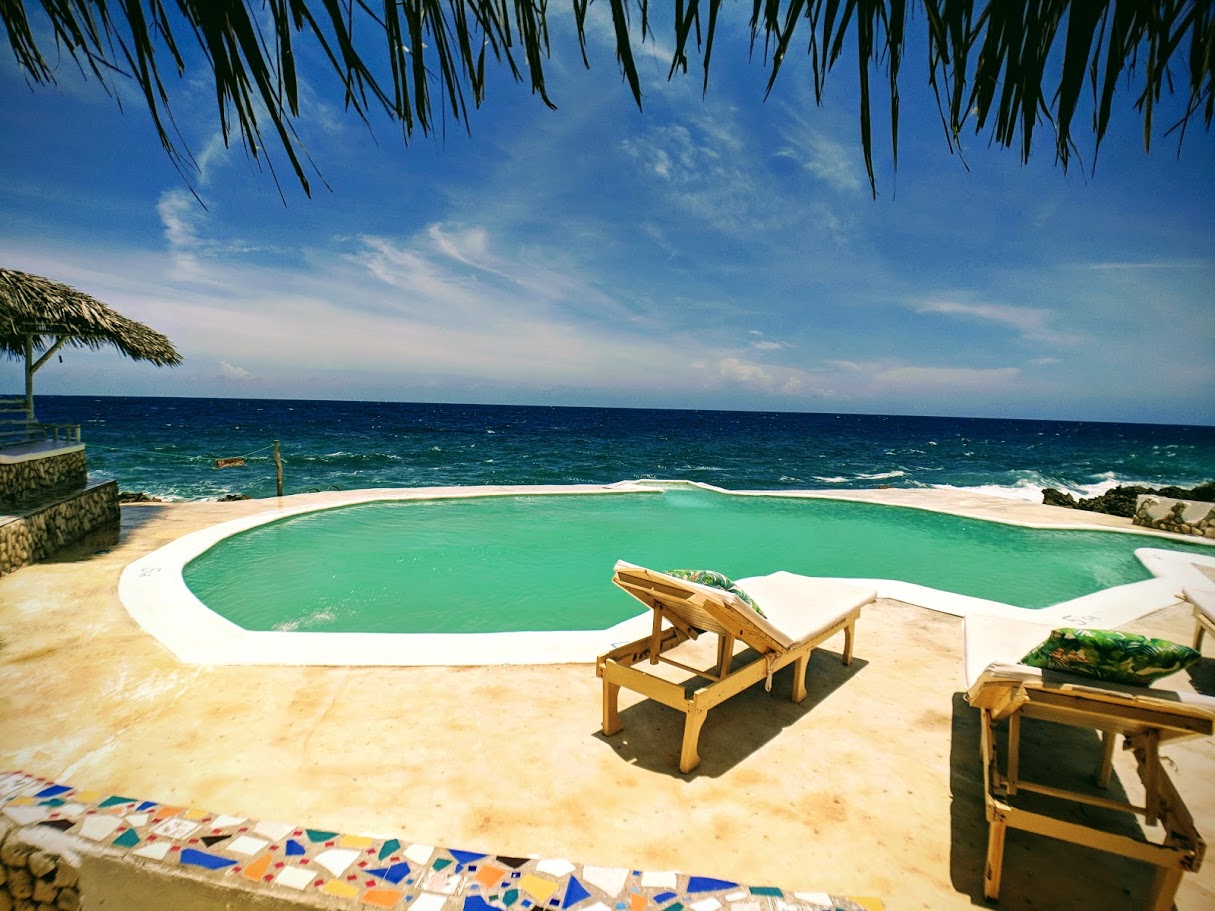 We booked out the whole place, consisting of four apartments sleeping between 1-3 people, all in the same large building next to the pool and adjacent to the onsite restaurant, Nourine’s Kitchen. The whole place was just fantastic: the views, the decor, the pool and surrounding gardens.

This was the first retreat where we weren’t self-catering. The onsite restaurant took care of the majority of our meals for the week. I initially thought this would be great just because it meant no cooking or clearing up! But I wasn’t prepared for the unbelievable quality of food we would receive. Chef Dan and his sous-chef Dice produced a raft of superb dishes from quite a humble and low-fi kitchen (see the video).

We were treated to imaginative, modern, and traditional Jamaican plates containing locally sourced ingredients. They also thoroughly catered to the vegetarian and gluten-free members of the team. The food was so good we even canceled our reservation at a local restaurant in favor of staying at Nourine’s. I mean, check out this menu! 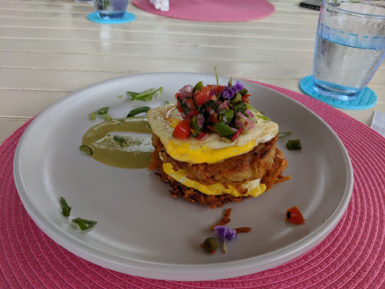 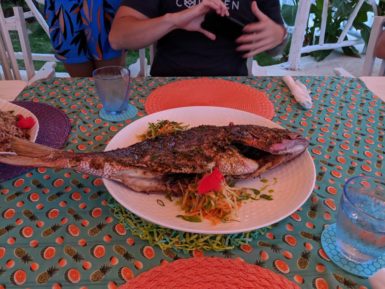 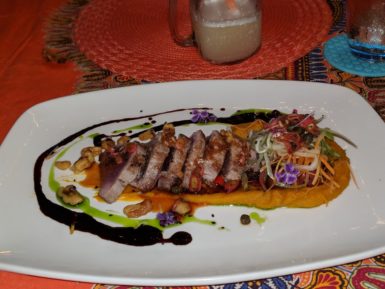 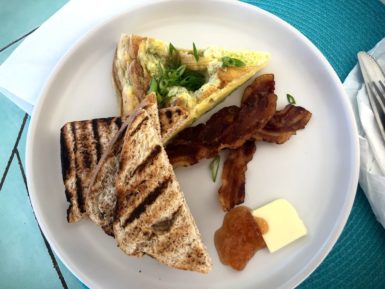 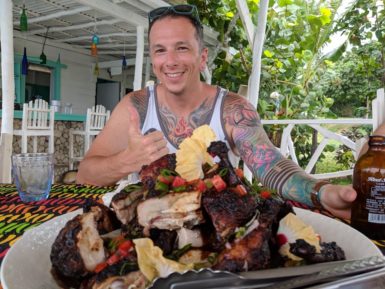 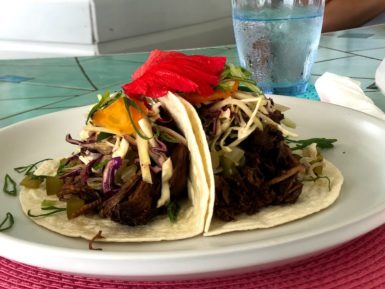 It’s always a highlight to meet up with everyone and just hang out: 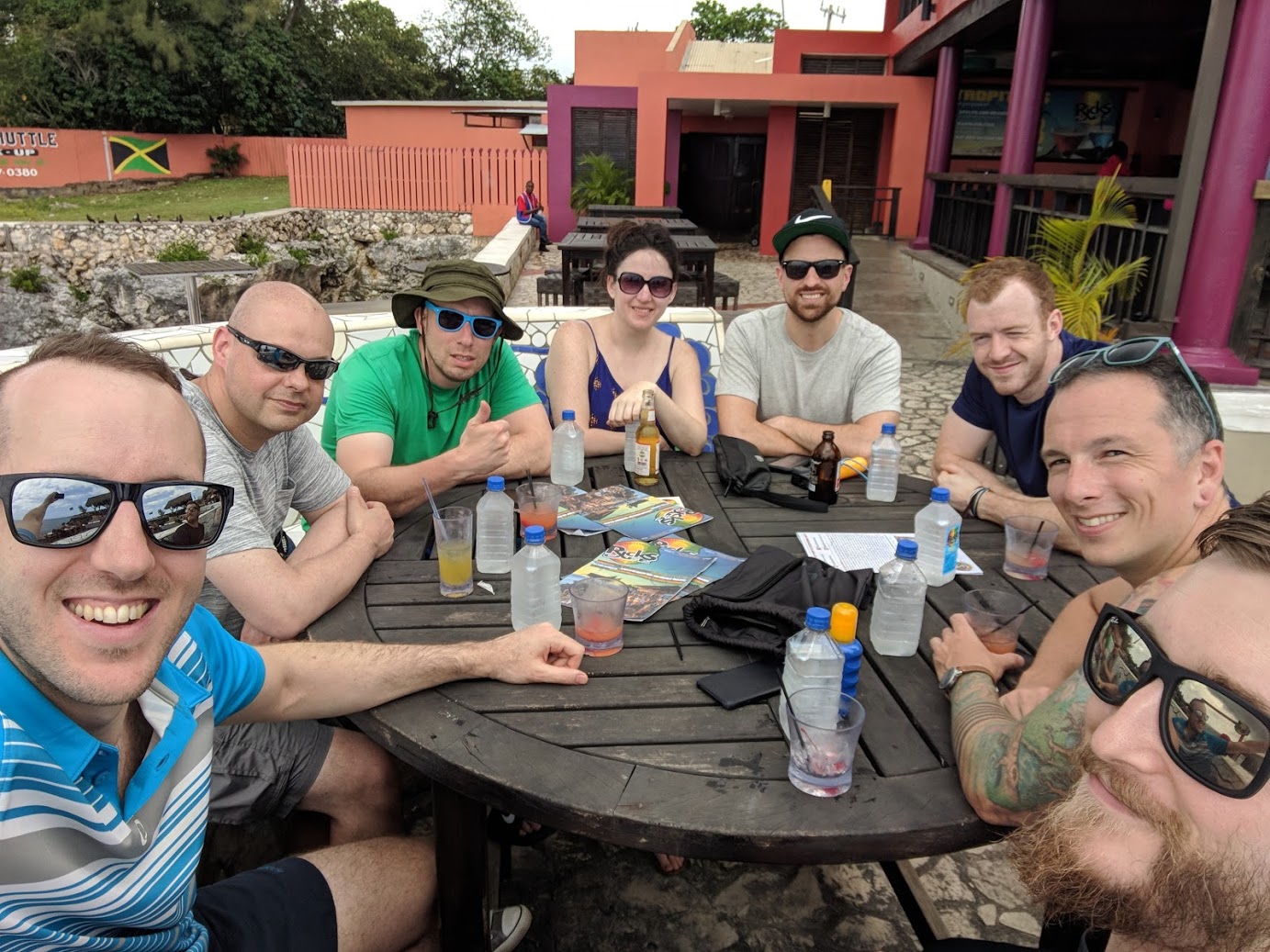 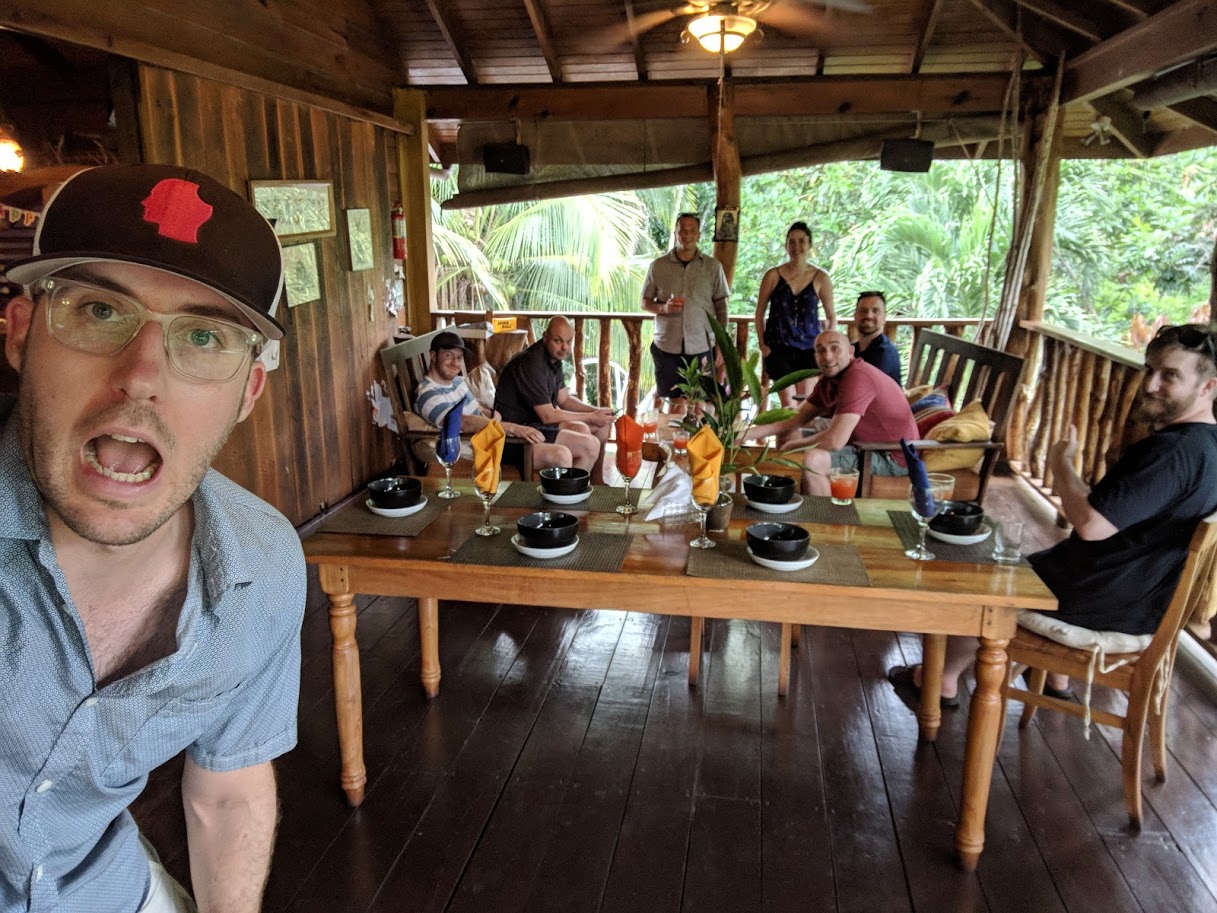 Apart from the food being awesome (my personal highlight), our planned activities were pretty cool too.

We travelled into the mountains to visit Zimbali Farms where we toured the farm and had a 5 course tasting menu cooked right in front of us: 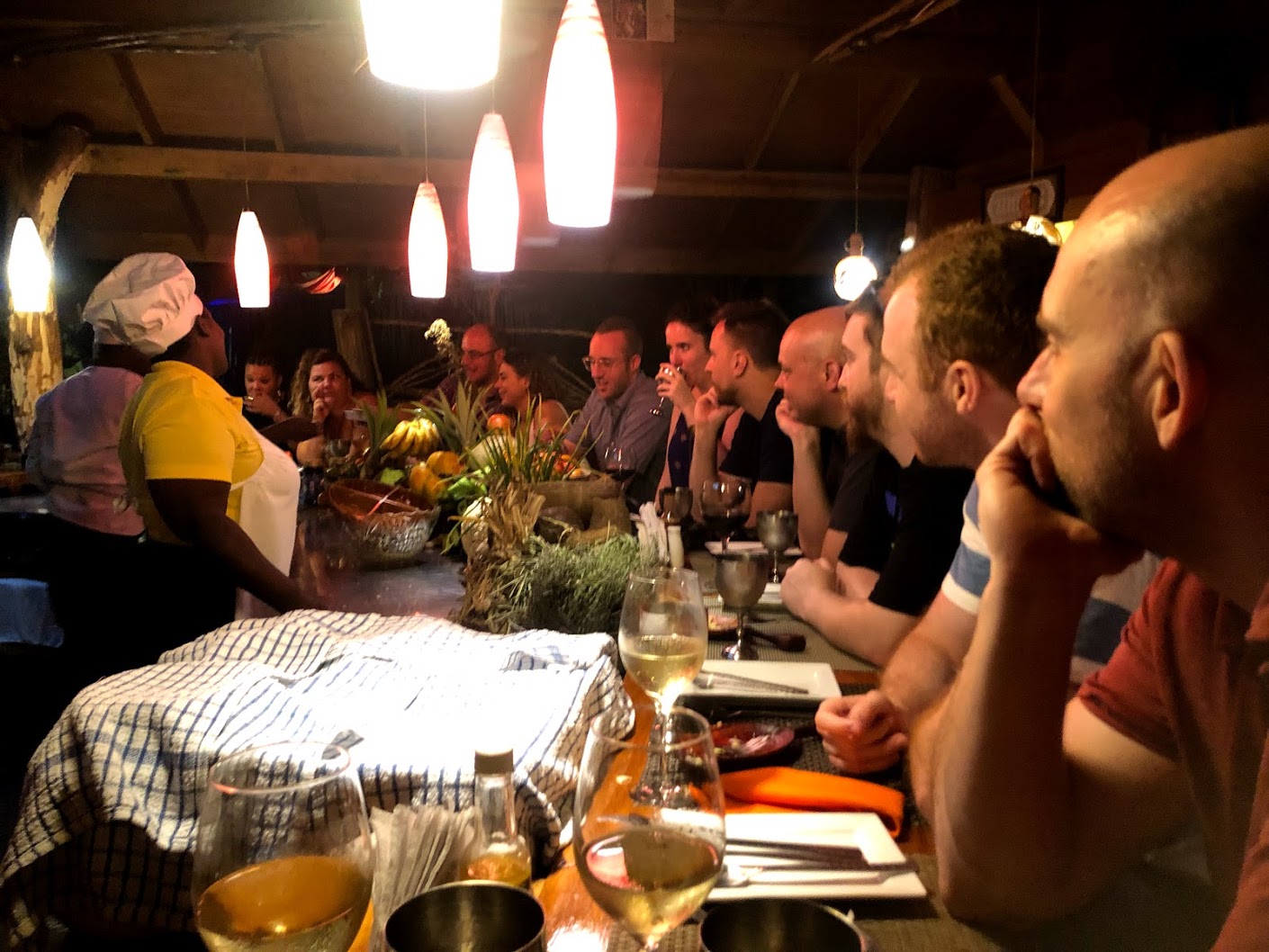 There was cliff jumping at the famous Rick’s Cafe, for some of the team. Pete wasn’t initially convinced, but that was before the rum! 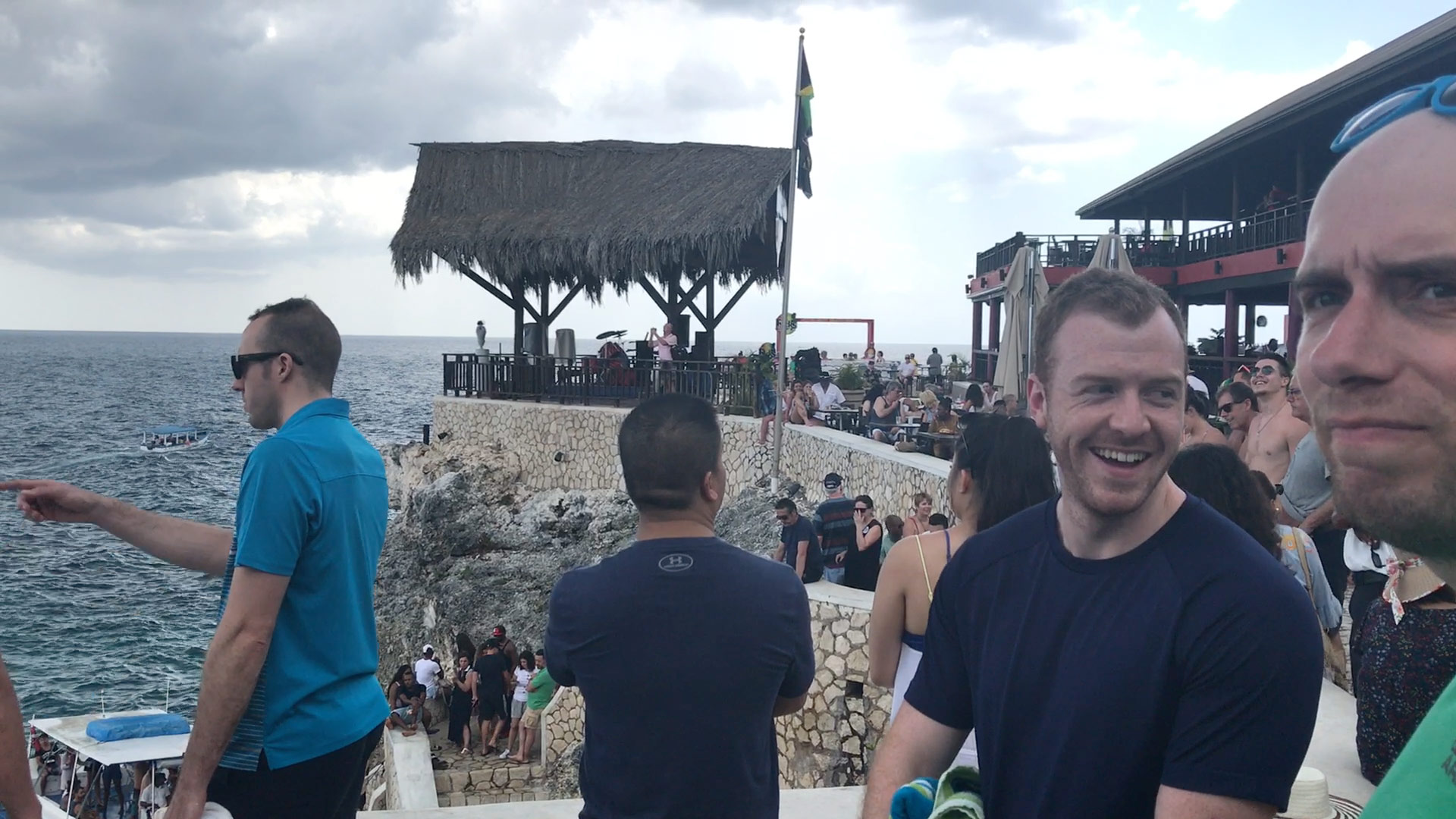 Snorkelling at Xtabi which we prepared for in advance 😂: 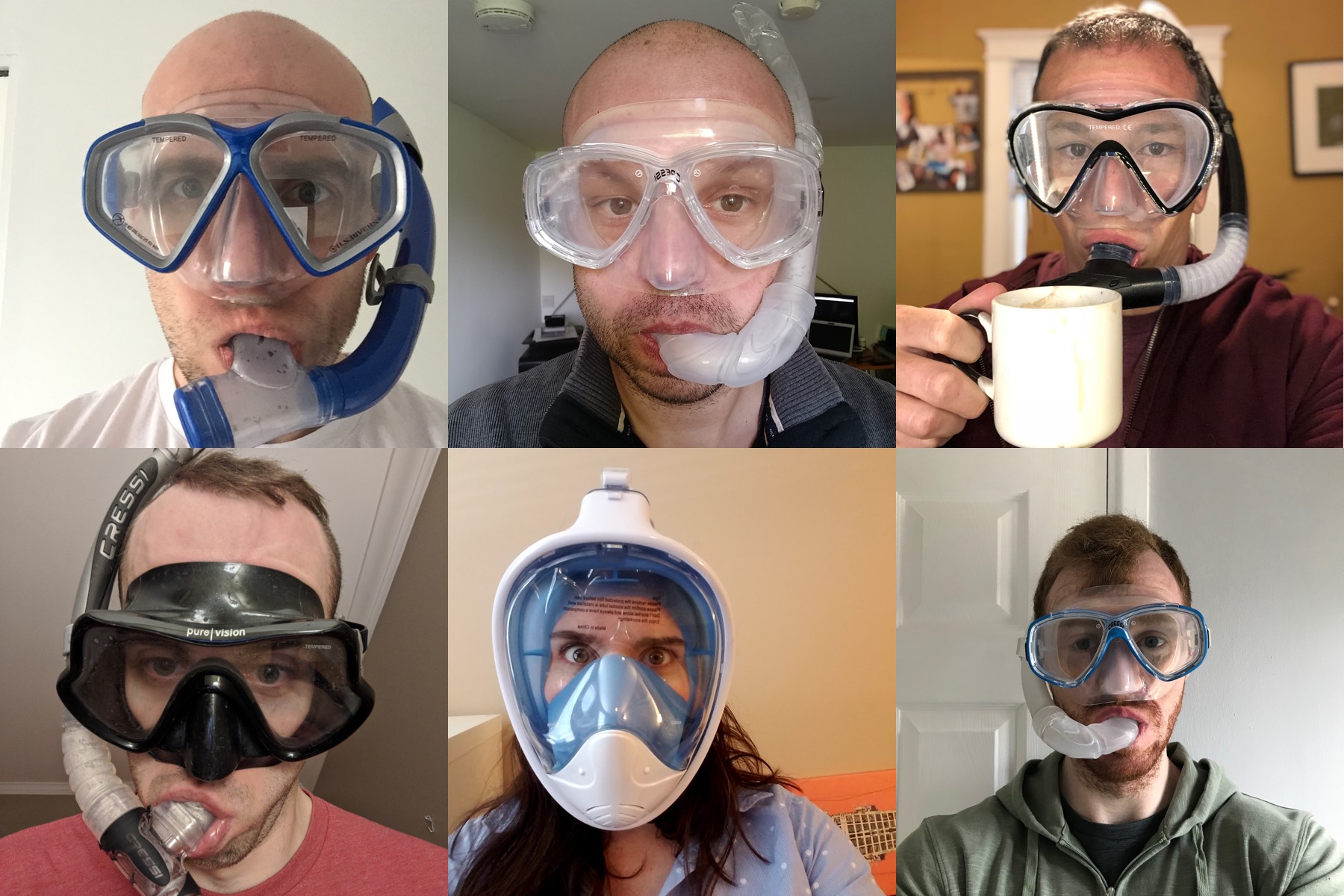 And a visit to Seven Mile Beach (not all of it): 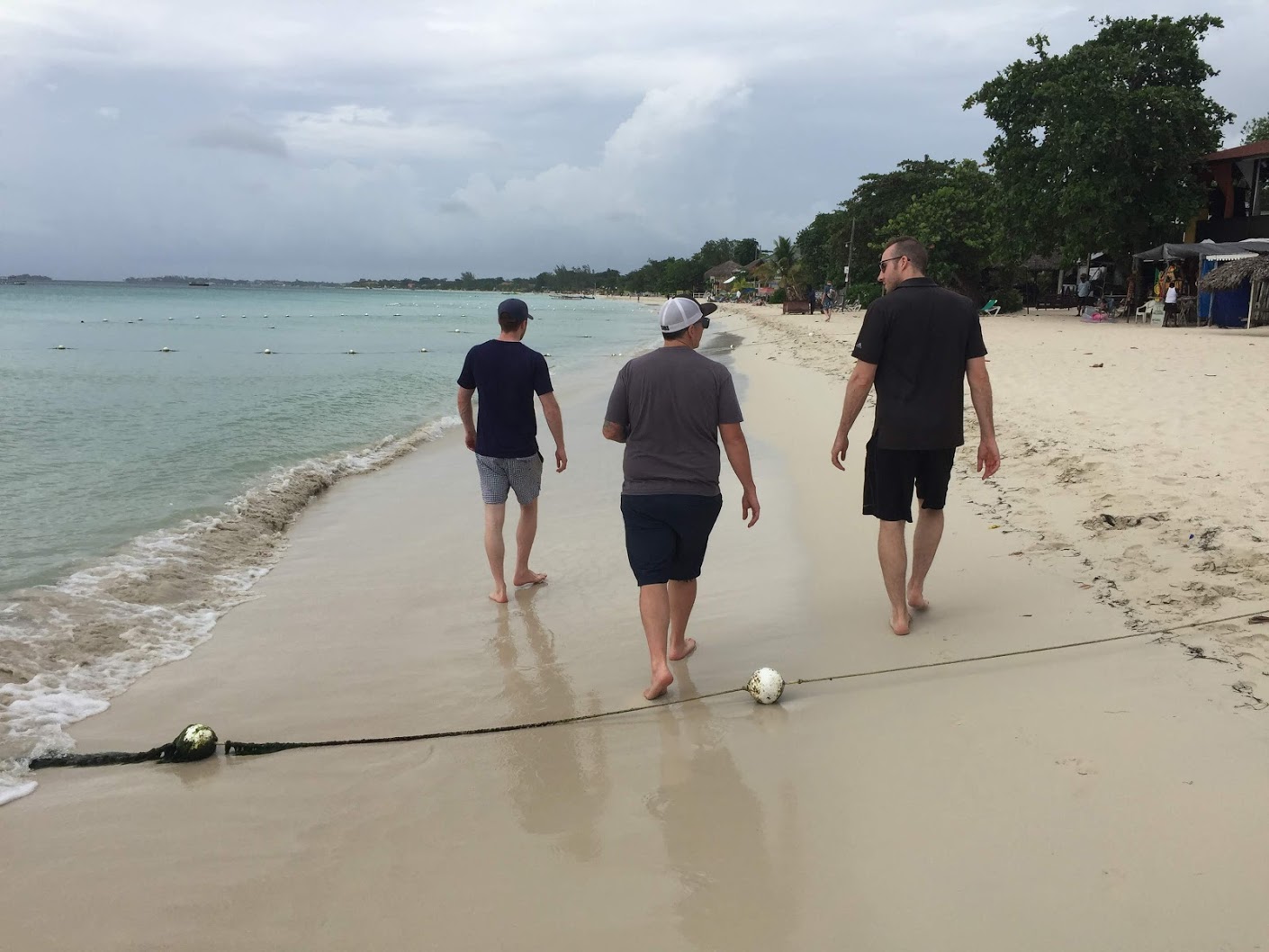 Let’s get the traditional breakdown on the financials on the trip from Brad:

It seems customary to end a retreat by discussing the next one. We chatted about perhaps revisiting the retreat-with-conference format, and thought that WordCamp Europe 2019 would be a good conference to attend (our last WCEU was Vienna 2016). Berlin would be a great city to visit and it would be good to hang out with the WordPress community again. Do you have any plans to attend WCEU next year? Other retreat suggestions for us? Let us know in the comments.

We loved our stay in Jamaica and it was great to have some real face time with the people we work remotely with every day. Here’s to the next retreat!