A collection of resources for WordPress Developers, written and curated by experts

Today we’re pleased to announce the official release of WP Migrate 2.4. With new capabilities for migrating must-use plugins and other files in the wp-content directory, it’s now possible to… Read more

Today we’re pleased to announce the official release of WP Offload Media 2.6, which includes a brand new BuddyBoss integration and improves how media is offloaded, including files outside of… Read more

We’ve just released more awesome updates to our flagship product, WP Migrate DB Pro! If we had to choose one word to summarize this release, it would be precision. This… Read more

WP Migrate DB Pro 2.0 was probably our most significant update to date, and we were pretty excited to get it released to our customers. After four bugfix releases to… Read more

I love deadlines. I love the whooshing noise they make as they go by. Douglas Adams, The Salmon of Doubt Can you believe it’s been almost two and a half… Read more

In the first of hopefully many plugin releases this year, the WP Offload Media team has been working hard on some big integrations and improvements. Today we’re pleased to announce… Read more

It’s been a busy few months since our last release. In that time we’ve been hiring, settling into a regular release cycle format, planning out the future roadmap for the… Read more

This is a big release, six months in the making…well, really 5 years in the making! Check out the date on this GitHub issue 😱… We’re so excited to finally… Read more

Today we’re excited to announce the release of WP Offload SES 1.4 🎉 In this release we’ve added an email sending health report that you can configure to receive in… Read more 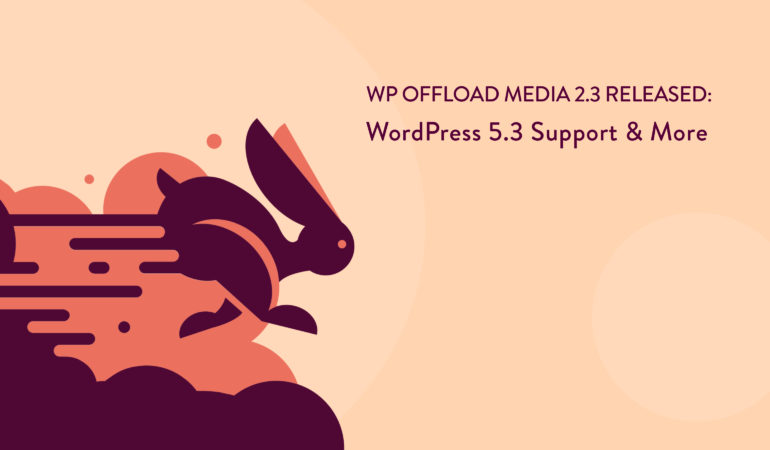 Today we released WP Offload Media 2.3! 🎉 This release has some very important changes in order to support WordPress 5.3, introduces a custom table for the plugin’s data, as… Read more 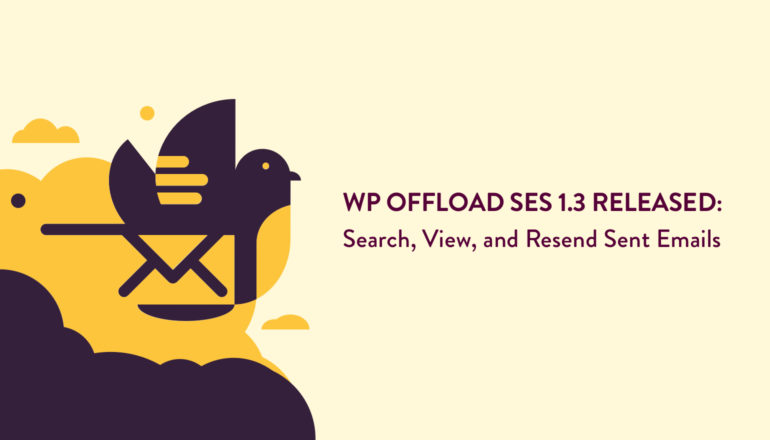 Today, we’re introducing a bunch of features for WP Offload SES. It’s no secret that WP Offload SES has been light on features since its launch. That’s the main reason… Read more

It is with immense pleasure that we’d like to announce the release of WP Offload Media 2.2! 🎉 This release brings the much-requested background offloading of existing Media Library items.… Read more

If you work on even one multisite install of WordPress, you’re going to be happy to hear about our latest release for WP Offload SES. Introducing subsite-specific settings for WP… Read more

My latest task for WP Migrate DB Pro is creating a new user interface and rewriting all the JavaScript for the plugin and addons. It is no small feat, let… Read more

If you’ve been following along on the blog, you might have been aware of the new plugin we’ve been working on. The long-awaited release day is finally upon us. Whether… Read more

A mere eleven-or-so weeks after the release of the Theme & Plugin Files addon, WP Migrate DB Pro version 1.9 is out the door! We’ve added a brand new backups… Read more

We often get questions about what’s coming next to WP Migrate DB Pro or if we ever plan to include X feature or support Y sites. After shipping our latest… Read more

Back in February with our release of version 1.6 of WP Offload S3, we revealed that we’ve been working toward adding support for additional storage providers. We asked you which… Read more

If you follow us on Twitter you may have a clue as to what we’ve been working on for the past few months, and you might be a little excited… Read more

Like me you are probably getting ten emails a day from companies announcing changes to their privacy policy or asking you to re-confirm your email address for marketing purposes. This… Read more

It’s not often that removing something from a product is a cause for great cheer, but with the removal of the dependency on the Amazon Web Services plugin in the… Read more